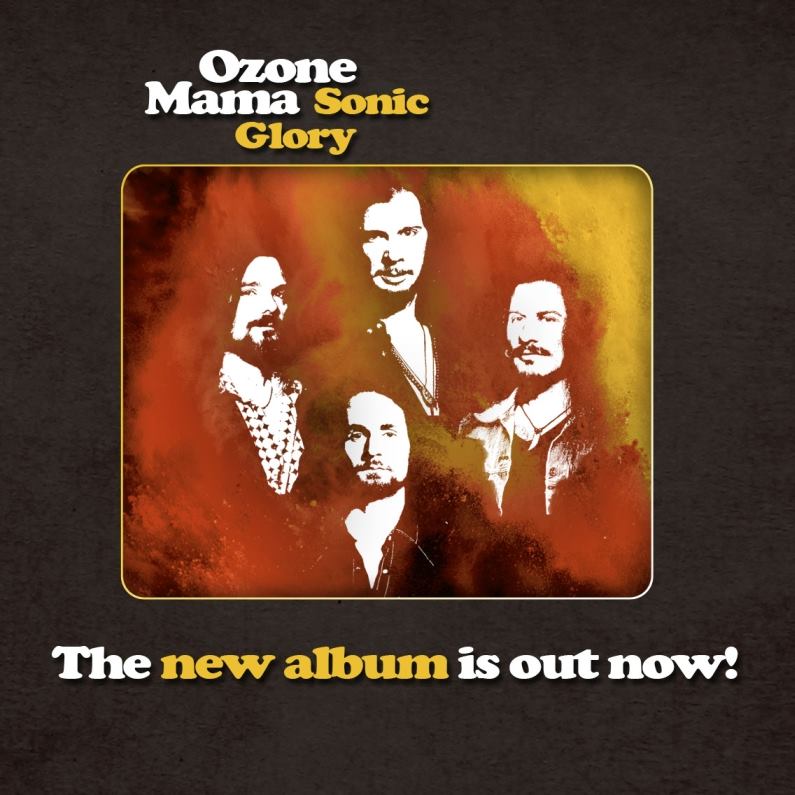 The new Ozone Mama CD is out at last! After two unbelievably strong releases, debut album ‘The Starship Has Landed’ (2011) and ‘Freedom’ EP (2013) followed by a total change of the rhythm section, Andris Gábor and co. had the World’s eyes on them. What direction will they choose with vocalist Marci Székely? Ozone Mama, who plays the most American sounding music in Hungary, has made it once again, and are not letting us down. With their most powerful and diverse release so far, they have the chance to step onto the next level.

In every chat about Ozone Mama a question arises: Okay, the records these guys made so far are solid enough to stand their ground even on an international level – how come, then, that they still haven’t really knocked in on the door of fame and success?

Could it be blamed on this country’s mainstream media, in which it’s still very hard to gain recognition with English lyrics? Or could it be blamed on the undemanding taste of the general public? Is it important at all, for a band playing this kind of American music, to see Hungary as their home-field?

Lots of question marks, but they should really be put here, reviewing the foregoing career of Ozone Mama. For these, only time will give the answers, because – to make a little spoiler about the album review following – Sonic Glory would really stand its ground in any part of the World. Listening to the record it’s clear that they are far from only knocking on that aforementioned door. All it should take is a little bit of luck, and they could kick it right in!

The guys made Sonic Glory listenable for free exclusively on Deezer after the release, where people could also get an offline version of it for their smartphones. As I was travelling a lot in the last few days, this possibility was really of service for me before the release of the physical format, because all I needed was to grab a pair of quailty headphones and I could listen to Sonic Glory in an enjoyable form several times along the way – though the CD, which I managed to get a copy of since then, is much better quality of course.

They recorded the album at the L.V. Sound Studio in Budapest with fully analog technology, then sent the material for mixing to Poughkeepsie, NY, and the mastering was done in Los Angeles, CA, so you can get the idea…
All the instruments sound wonderful; it’s also worth giving it a listen while focusing your attention at them one by one, and I can honestly recommend the last but one song ‘Hope’ to every hardcore audiophile out there!

Speaking of ‘Hope’: to me, it seems totally unlikely that a band from Hungary could write this kind of airy song that evokes the atmosphere of endless American interstate roads going through the deserts of Arizona, and which also reminds me of the most wonderful moments of the band Live. And yet they did!

But let’s not go there yet!

The band went through a complete change in the rhythm section since the days of their ‘Freedom’ EP. Vivien Tiszai and József Takács are gone, in their place came bassist Gergő Dobos and drummer Máté Gulyás. I have seen them quite a number of times since the change, and I can sincerely say that they managed to get two exceptionally talented musicians into the lineup.

The record starts out with three songs, that at first glance are typical (in the best sense of the word) Ozone Mama hits. If my information is correct, the first music video will be made from one of these. There was quite a debate going on between the guys about it, which wasn’t a surprise for me, considering that the number of people with whom I talked about the album kind of equals the number of songs that has been named as their favourites from it. And this is one of the biggest strengths of Sonic Glory! I, for one, didn’t find mine among these three, but I always look for the grunge side of everything, so my vote doesn’t really count in this debate.

I think lots of people would praise the trio of Good Times Roll/Backdoor Man/Gypsy Girl because they are very solid even on their own. If I had to choose one, I would go with the album opener ‘Good Times Roll’ because that song had me at the very first seconds with its Jeff Ament-like harmonic notes.

But if I have had to make bets on the first music video, I would have put my money on Kings and Rulers, which can be heard under the making-of video. That song is such a HIT that I really can’t remember hearing anything like it in the vintage/pyschedelic scene of my home country and maybe only a handful abroad. It has a hint of gratifying Rival Sons and some Graveyard feeling to it too.

But my first real favourite was Lovelight, which – as one of my friends called it – is a true hippie anthem. To dig a little deeper at the roots of it, for me Lynyrd Skynyrd and their Vicious Cycle/God & Guns period came to mind with the Hammond and female vocals in the composition. Then it dawned on me: this song would perfectly fit on the last, and in my opinion all times’ best Black Crowes album called ‘Before the Frost… Until the Freeze’.
I think Marci gets a little moderate with his vocals in the verses, only to belt it out in the choruses in a Chris Cornell kind of manner, which creates quite a variation of vocal themes in the song. Then Andris comes with a slide-solo full of feeling, followed by the obligatory breakdown – they wouldn’t do it better on the other side of the ocean. One helluva song!

Following Lovelight comes Siren’s Call where I finally found Andris’ Monster Magnet influences and maybe this is why it’s the song I’ve listened to the most times from the album. If you like Last Patrol, especially in the Milking The Stars instrumentation, then you’re gonna love this! Surely, Dave Wyndorf also had his influences, whom I don’t really know as I didn’t dig back to the time of the dinosaurs (whom were put here by the Devil, as we know it), but I guess people whose ears also socialized on the music of the 90’s would also cite the latest works of the New Jersey legend as benchmarks (see: the vintage sounding re-releases of Fire and Cobras/Mastermind released this October).

A bit of grunge?

Then the ultimate grunge fan emerged in me and I started to listen to the record with the ears of a Seattleite. There’s Man on the Run with that radical wah-pedal solo that could have been heard from the Mike McCready of the early days of Pearl Jam, and which is crowned by that Hendrix-like ending by Andris. The chorus takes it all once again, and by now this has become one of my biggest favourites from the album.

Hard Times has some kind of Soundgarden quality in its hardness, and I feel a hint of Pearl Jam’s Lightning Bolt in there too. I can almost hear Boom Gaspar weaving those Hammond carpets in the background. And that bass sound! The playing of Gergő and the drumming of Máté has the most expressive character in this one, in my opinion. Both of them were really good transfers for the band, loved by both the members and the supporters, so the agents and managers also deserve their extra bonus! Back to Hard Times, there’s also some Monster Magnet spirit in here, which is always welcome, and then Marci sings grandiose choruses once again, closing the song with a howl that is also reminiscent of Cornell’s greatest works.

After all this, will there be any Grungery-reader who wouldn’t want to listen to it right away?!

The lyrics of the song carry an important message for people in need of a positive push to help them get over seemingly insolvable problems. The last line which goes: “Have some faith in yourself, don’t just sit here waiting / A new day has come for you” – cuts like a knife. Like the chorus, which I think is by far the best on the album:

Hey we all know the rules and life has taught us

How to play the game”

I would recommend Hard Times and Man On The Run particularly for Grungery-readers, but I’m sure that sooner or later you will love all of them because the record is easy on the ears and it has no so-called ‘fillers’ or any idlings at all.

The album-closer AC/DC (Big Gun)/Lynyrd Skynyrd styled Ain’t No Place Of Mine along with its mouth harp solo and Marci’s cheeky vocals is such capital Southern Rock that could only be heard from the precincts of Jacksonville so far. But it was made in Budapest, and in order to be able to write something like this, someone should really be a total, natural-born Southern rocker.

Sonic Glory is even better than I expected

Maybe it has more of a vintage tone, more of the 60’s and 70’s vibe, and maybe a bit less of the Monster Magnet influence in general than what I expected beforehand. Maybe it has less of the likes of their earliest, grunge-influenced songs like the big favourite Off The Rail or the swamp-trasher San Francisco.

Of course, the creative process couldn’t have been easy. Concerning the new album, Andris & co. didn’t only have the World’s eyes on them to see if they can evolve to the next level musically. The most American rock band of Hungary had another thing to face. That is, not to be mentioned by people like “That cool band with the hot drummer chick” (Vivien Tiszai was their drummer before the recent lineup change). Because now Ozone Mama has created something that is far more important, and plays much better music than to be judged only by their appearance. OM has given a smashing answer to all the doubters’ questions.

The band, releasing its most solid and diverse material to date has created a chance for themselves to step onto a new level. The international level.

Sonic Glory is unquestionably the best English-language album of this year in Hungary.

And my guess is that it’s not only my opinion.

(Translation of review: Bence Borbás. Thank you very much, Bence!) 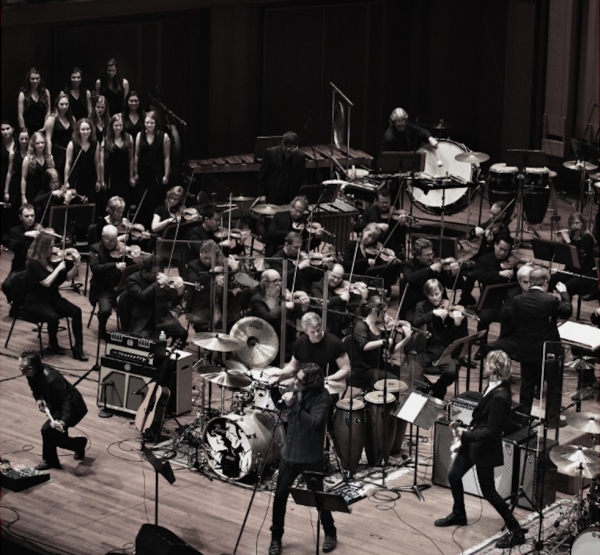 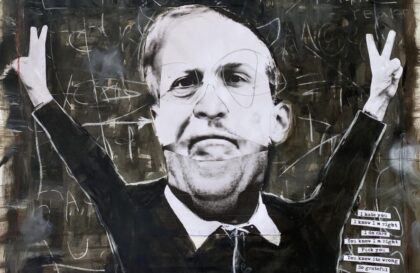 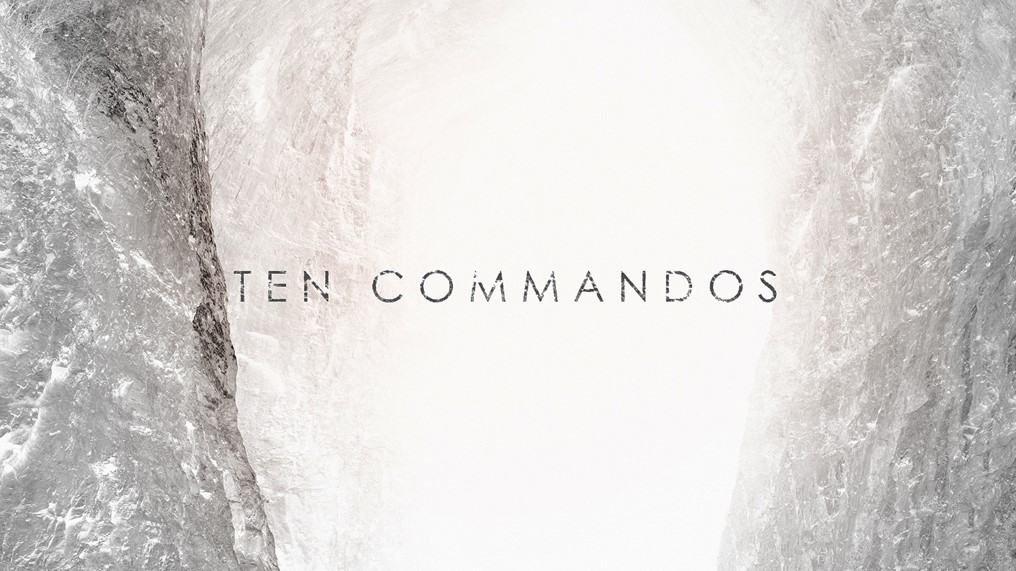 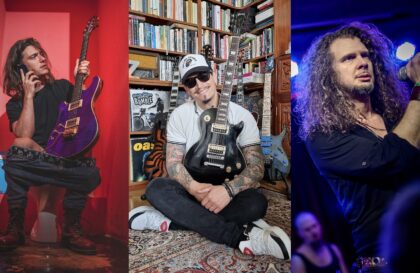 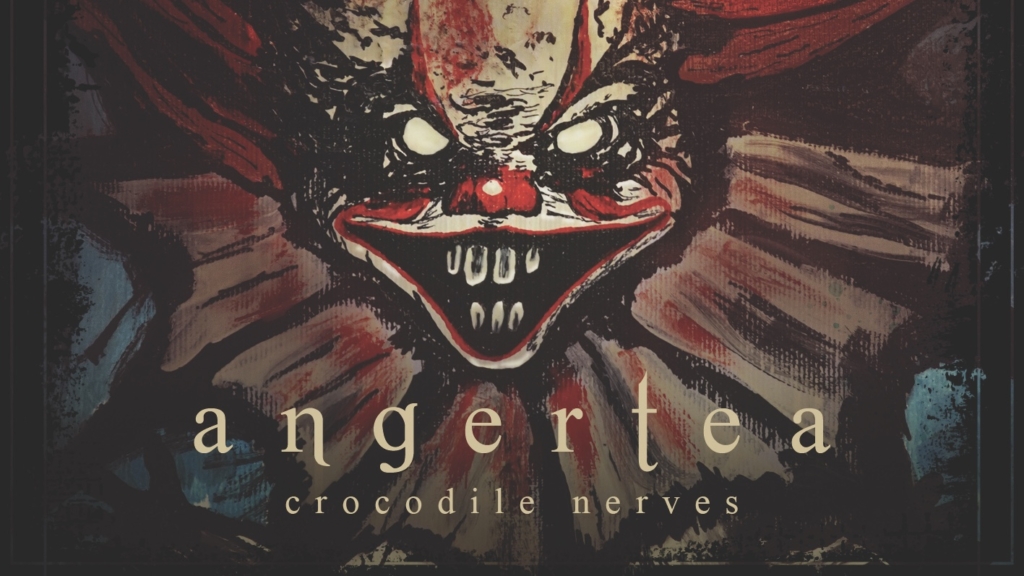 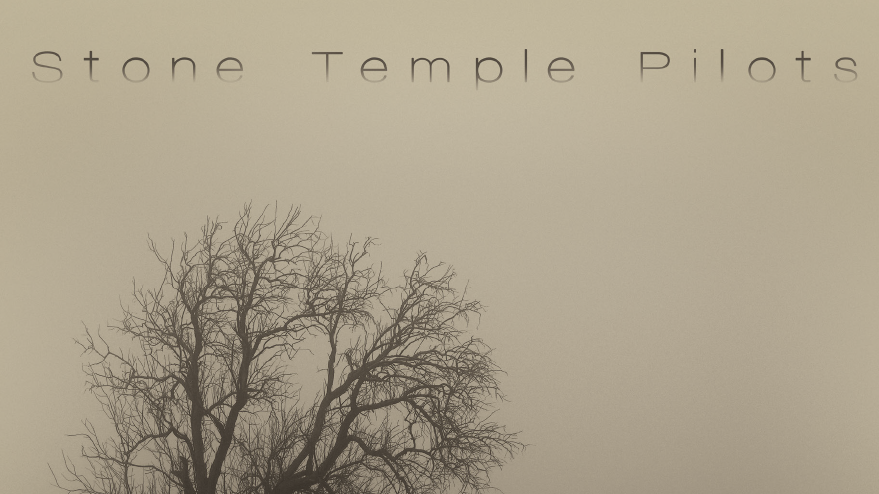